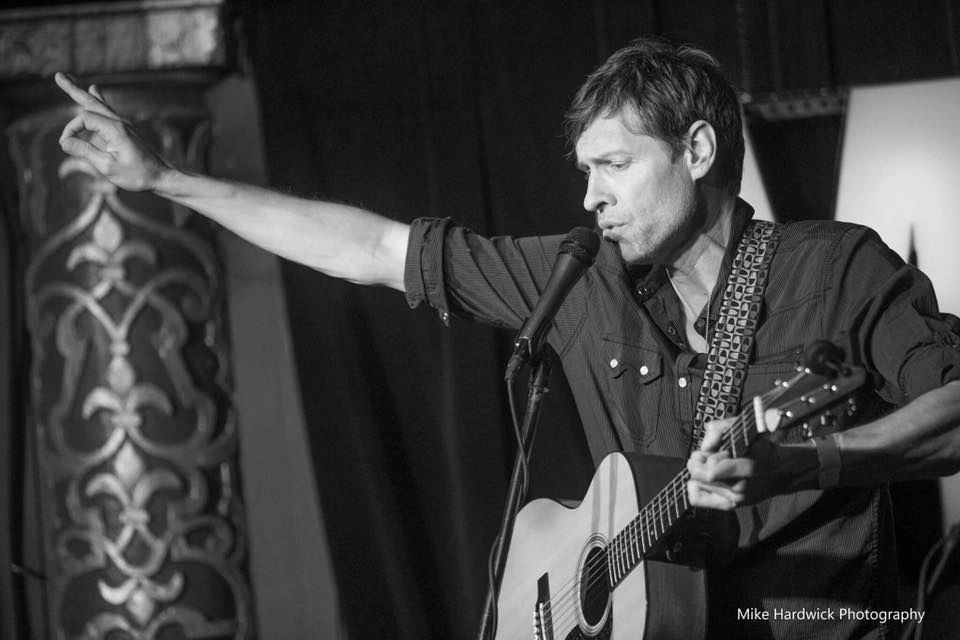 Todd has written/produced music for tv/film/commercials.

He just produced music for an upcoming Indie Feature Film, Captain Tsunami's Army to be released in 2020.

All I've got to say is that this gang in the picture is in my Rock N Roll Hall of  Fame.

Our future does hold brightness...and I am so grateful that I have been a part of the  lives of so many awesome kids whose soul is moved by the gift of music.

In 1985, while in high school, Todd's family moved to suburban Minneapolis- near Graffiti Bridge- during the time Purple Rain was huge.  It was Prince's neighborhood.

Soon, he saw The Suburbs play his high school.  Paisley Park was built across the street from a park where he used to run high school cross country workouts.  By the time he graduated high school, his curiosity towards playing music grew...resulting in getting a bass in 1988.

Todd learned how to play bass by listening to and playing along with his favorite bands of the time such as The Cure and going to see  U2, REM, INXS, Love & Rockets and Jane's Addiction.

During this time he watched and was further inspired by other local bands, Gear Daddies and Trip Shakespeare, The Replacements and Soul Asylum, when he started playing music with high school mate, Craig Teiken. They formed bands Hardwood Carpets & Mother Goose during their college years and played at 7th Street Entry in Minneapolis and the Ace Box Bar in St. Paul to get their performing chops going...ultimately leading to the band, Wood.

Wood was inspired by REM and U2-- in style and set up --as they played some jangle rock and were four guys who went to high school together.  Wood played all over the midwest- from Denver to Rapid City to Sioux Falls to Madison, Milwaukee, Chicago, St Louis and Kansas City and every where in between...and toured to LA, as well....and completed 3 full-length albums during their four year run.  They enjoyed doing shows with The Delilahs, Rex Daisy, Spy Mob, Suede Chain and Frogpond, to name a few.

After Wood could no longer keep going, Todd was asked to play bass by top MN indie music artists for national tours-- playing for Marlee MacLeod, Dylan Hicks and

being connected to them by booking agent, Mike Buenting.

In July of 1999, Todd moved to Los Angeles on the recommendation of Producer, John Fields & Composer, Michael  Wandmacher and perhaps a Prophet from Panama.

Longtime booking agent/mgr, Mike Buenting, connected Todd with Matt and Jason Docter- formerly of Suede Chain and joined their band "docter."  Immediately they had major labels and lawyers meeting with them and signed a developmental deal with Todd Sullivan at Virgin Records in 2000.  The band also was selected to record/act in the NBC mini-series "The '70's."

Also at this time Todd was playing bass with Glide and Johne Perez & The Contenders and playing out regularly in a terrifically talented Hollywood scene with bands such as  Peel, Itch and James Hall/Pleasure Club.

The deal with Virgin fell thru, docter had a personnel change...and reformed as THE LIFT.  Steve Perry helped THE LIFT record their debut "Road To Hana" which was released in 2004.

Also in 2004, THE LIFT was recognized by Gibson Guitars as one of the top 3 unsigned bands in LA- playing a showcase at the legendary, Whisky-A-Go-Go.

In 2005, THE LIFT performed live on the G4 Network's show, Attack of the Show.

THE LIFT followed up with a release in 2007-"It Is What It Is" -shortly before disbanding, but not before garnering many placements of their music in tv and film.

Highlights include films, Normal Adolescent Behavior and Looking For Sunday.  Television shows included a video of THE LIFT performing the song "War Parade" in NBC's hit show, ER.  They also had placements on ABC's, Life As We Know It, Fox's, Roswell, and CW's, Hidden Palms, in addition to songs on MTV, E! Network, etc.

THE LIFT continues to get placements today and has had songs "Mask" and 'Wired" generate over 1 millions streams.

Todd went on to do some collaborations with other artists-  and had a project called T & Honey- which he co-wrote/recorded an album's worth of unreleased material which started when he lived in Santa Fe, NM for the last half of 2013.

He also played the occasional bass-for-hire-gig performing with Rusty Truck, Adam Topol, Mystic Posse and recorded with Letters and Radio.

Todd wrote music for a Culligan commercial and composed music for the web-series, CSY, and a short film, Yours Truly Tom.

In 2016, Todd took pre-recorded tracks to Stevie Blacke's studio to record drums with Michael Jerome, Stevie's strings, keyboards with Chris Joyner and backing vocals with Barbara Cohen.   He missed the band dynamic and wanted a name that sounded like a band, so he created a new moniker which he called Marvelty. In March of 2017,  a single was released called "Wake Up" - an epic rock anthem which also featured the funky-Beck-like tune "Future" and 60'sish "Spectacular Day."

Todd plays guitar with his wife and singer/writer, Brooke Benson, when she performs.

Todd just wrapped up doing music for a full-length Indie Feature, Captain Tsunami's Army, writing music and recording the theme song, "Where's My Captain?"  Plans for the film are for its release in 2020.

Todd just played bass on a couple tracks of Craig Teiken's new album, Sure.  The two of them do play shows together on occasion as the duo, The Penthouse Two.

Enjoy "Wake Up" from my Marvelty project released in March 2017

Check out this video to SUPER-charge your day!

Todd Beeson opening for Matt Wilson and his Orchestra

Todd Beeson opening for Matt Wilson and his Orchestra

Drop us a line!

If you are looking to work with me musically, it would be wonderful to hear from you.

RUSTY TRUCK- 2013-4 Kickertown and on occasion yet today

Music from THE LIFT featured in too many indie films/tv shows to name.